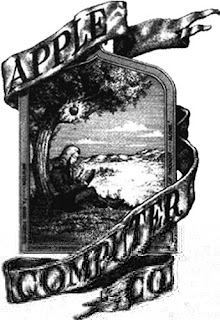 This week has been quite busy in the world of tech...  not in terms of new and exciting products, but more on the business side of things.  Following the demise of HP's webOS, and Globe Telecom's scandal with Tonino Lamborghini, The Big Apple, Steve Jobs, has announced his resignation as CEO of the world's most valuable company.
It has been no secret that Steve Jobs' health has been on the decline, and no doubt the main reason behind this announcement.  And I think it's admirable that he has decided to step down in a proper manner and hand the reigns over to COO Tim Cook, rather than waiting for a less ideal time.
Whether you love Apple, or hate them, they have steered the course of technology in the past 30 years.  With either successful products, or flops, they have influenced every aspect of computing and consumer electronics.
Now, the main question on everyone's mind is, will Apple fall far from the tree?  Tim Cook has a long history with Apple, and will still have Steve Jobs on the board for the near future.  I think Apple, as a company, has more than enough capable people at the helm (unless the hire HP's Leo Apotheker who will probably bring Apple shares back down to $20 by closing down iOS) who understand his philosophy.  And I believe it can continue in a manner that he'd be proud of.  It would be a matter of whether or not the public trusts  the new leaders of Apple to continue the heritage and keep true to Jobs' vision.
With the iPad3 and iPhone 5 just around the corner, this will be interesting times for Apple.  I for one, am looking forward to what lies ahead!
at 4:46 AM
Email ThisBlogThis!Share to TwitterShare to FacebookShare to Pinterest
Verses: Apple, history, news, technology, trivia