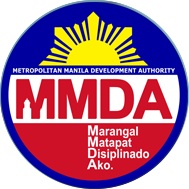 For most Filipinos, traffic is a way of life. The average Pinoy commute is about 15-20km (or about 10-15 miles) this easily translates to a 45 min commute by car (yes, 45 min) Now, radio traffic reports are pretty useless, telling you that's it's traffic when you're already STUCK IN TRAFFIC.

Wouldn't it be great if we had a system similar to the ones abroad that show the traffic status before we leave the house or office?  Well, the MMDA is slowly rolling out a very competent online traffic status system.

Still in public beta, it has saved me at least 8 hours a week by giving me information on whether to leave now, wait it out, or take an alternate route.

The system is pretty convenient... the traffic info for 9 of the major roads in Metro Manila are now online via:

The apps are very nice to have if you have mobile internet, the website gives further details on any accidents and road work being done, and the Twitter account provides alternate route suggestions.

Great work to the MMDA for this app!
at 3:45 AM 2 comments:
Email ThisBlogThis!Share to TwitterShare to FacebookShare to Pinterest
Verses: android, apps, cars, ios, mmda, navigation, traffic, travel, website

at 2:00 AM No comments:
Email ThisBlogThis!Share to TwitterShare to FacebookShare to Pinterest
Verses: Apple, funny, humor, ios 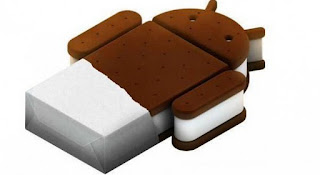 
Considering that the source code was just released Nov 14, let's hope they won't take too long from the time of announcement til actual release date!  So far, with how quick they've been releasing updates... this looks promising!  Only time will tell.

These are some of the new features users can expect to get from Android 4.0

BPI (Bank of the Philippines Islands) has just released their mobile app for both iOS and Android.  It's a very sleek app with all the online banking functions built in.  Although you could just go to your mobile browser to log in and do your banking, zooming in and scrolling around the full page isn't fun, or fast.

The app installation isn't quite clear though...

The proper procedure is:

4) You will receive an SMS with a secure link and verification code to activate your account and download the app (If you already installed the app from the App Store or Marketplace, skip the next step)

Hacker Charlie Miller has exposed a security flaw in Apple's App Store.  The flaw allows a LEGIT app to secretly download an unsigned, app without the knowledge of the user, or Apple through a backdoor entrance.

Remember, this is a signed, listed, inspected and fully authorized app from the App Store.  The malicious code was not detected by Apple, and the only reason the app was pulled and his dev account cancelled was because he himself announced the presence of his virus in the app that he wrote.

This not only reveals a huge potential security flaw in iOS, but in Apple's App Store model as well.  Any official app could potentially be a trojan horse carrying with it, full remote access to your iPhone/iPod Touch and its contents.

Currently, there is no way of protecting yourself from this type of threat... nor is there any way for the end user to know if any of their apps were actually made with this type of virus built in.

Although technical, this video is a proof of concept showing how he gains remote access into an iPhone that has downloaded the app.

Google Tip of the Day

"do a barrel roll"

Google Tip of the Day 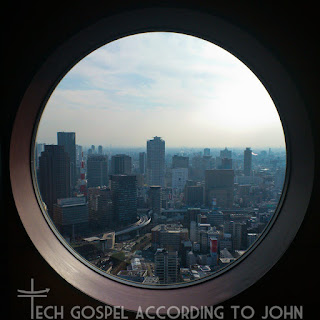 I'm on holiday for a few days here in Osaka, Japan.
Gonna check out all the gadgets here...
so far, no BLACK Xperia ray in the shops...
but there are a whole lot of people with Xperia Arcos...
COOL!
at 7:23 PM No comments:
Email ThisBlogThis!Share to TwitterShare to FacebookShare to Pinterest
Verses: japan, news, osaka, tech gospel, techgospel, travel
Newer Posts Older Posts Home
Subscribe to: Posts (Atom)