Battle of the Map Apps

A lot of buzz surrounding the whole Apple Maps issue. A lot of people say it's hardly noticeable, for others... disastrous.

On this side of the planet, here in the Philippines... this is the situation. I tried being fair, entering the name of a popular city rather than some obscure street. These were my results each with the same search parameters simply entered in Google Maps, bing maps, and iOS Maps. Only Google knew of the city.

What are your funny map app stories unique to where you live? 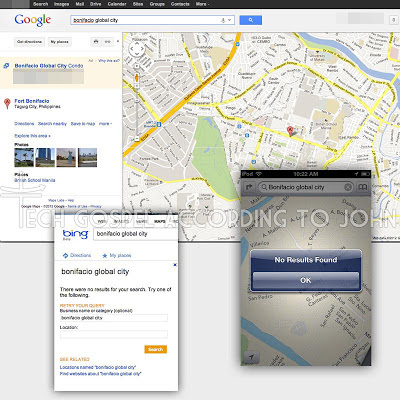 Ok, I was gonna post something about the iPad mini but this caught my eye. Apparently, Volvo is introducing a new "Traffic Jam Assistance" system that can handle start-stop traffic. Uh huh... yes Volvo... we trust your automatic braking systems. Because they've worked soooo well in the past.

I think the last thing we need is more convoluted systems (that WILL fail) that make drivers less aware of the responsibility of driving.

This is how it's SUPPOSED to work.

This is how it actually works. Watch on YouTube. At least the wipers work... Hahahahaha!
at 11:51 PM No comments:
Email ThisBlogThis!Share to TwitterShare to FacebookShare to Pinterest
Verses: automotive, cars, funny, volvo

at 7:54 AM No comments:
Email ThisBlogThis!Share to TwitterShare to FacebookShare to Pinterest
Verses: cool, news, robotics, toys

I Wanted a Phone to Match my Macbook Pro, So I Got A Sony.

Let me begin by saying, this was a reluctant upgrade. I liked my Xperia ray, it was no speedy performer even back then, but I could tolerate the so-so performance given the size advantage and design of the phone. But with ICS installed, and all the new apps coming in, the 1GHz CPU and 512MB RAM started feeling very sluggish. (For those that don't really run multiple background apps 24/7, and hate the larger phones, the ray is still a decent phone) I needed something current.. but small..er than the 4.5"-5" phablets that are slowly becoming the norm. 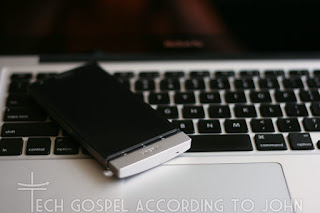 My daily machine is a 13" Macbook Pro. I love the simplicity of the design, and the feel of the aluminum shell. So naturally, I wanted a phone that matched this design ethos. Which drew me to my last phone, the Xperia ray, which had an aluminum frame and was decent performing Android. Now, the Xperia P matches my Macbook Pro perfectly, but how does it perform?

This is an initial review for those looking at a decent mid-level upgrade. That being said, I'm saddened to see the lack of high performance smartphones with smaller screens. A 4" screen seems to be the smallest you can go on a mid-level model right now, and anything smaller is considered "entry-level" and usually lacks a lot of current day tech (NFC, HDMI, etc). The Xperia P falls in the mid-level category, with a price to match. (Should be approx US$350 unlocked from official Sony stores) Had Sony made a newer equivalent of the ray with more RAM and a better CPU, but the same size and design cues, that actually would've been my preferred choice. But alas, the market demands larger screens, and larger phones. So here we go...

First the run down. The specs are decent, but not jaw-dropping. There are many phones out there that out-class the P with brute-force. But if there's anything I've learned over the years, specs don't always matter.


The specs most people want to know are: 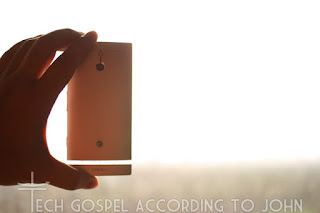 The Design: The aluminum unibody is just beautiful. Bolted to the internal frame of the phone, it feels solid, and smooth to the touch. The sides of the phone are graced with the speaker, power, volume and camera keys on one side, and the Micro USB, Micro HDMI, and SIM card slot on the other. The back has the camera and LED flash, while the top has the standard 3.5mm headphone jack. On the lower part, is Sony's love-it-or-hate-it (I love it) transparent light band which houses the 3 Android keys (Back, Home, Menu) and connects to the antenna section at the bottom (yes folks, there's something in that lower part not just an aesthetic piece) The front is jet black for all models (black, silver, red) with the antenna section retaining the unit color (this is a painted plastic cap) below the touch-sensitive function buttons.

The Screen: A 4" LCD powered by Sony's "White Magic" technology and Mobile Bravia Engine. The idea behind Sony's White Magic is that the screen contains an extra white pixel that boosts over-all brightness when needed like under direct sunlight, or offers power-savings by being able to lower backlight brightness without making the screen too dim. In practice, it works quite well! The auto-brightness is probably the best I've seen with extremely quick adjustments and very gradual changes, it allowed me to get rid of the auto screen dimming app I had in my ray. 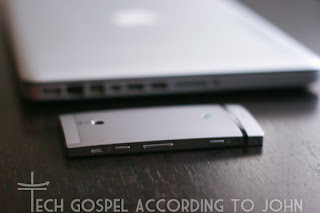 The Camera: Sony's Exmor R sensor, and an aperture of f2.4 seem to be pretty standard across Sony's line. The Xperia P comes with an 8 megapixel version and is nicely recessed within the rear aluminum shell. This gives excellent low-light shots and very quick standby-to-shot time. Sony calls is Quick Launch where the phone goes to a special Camera-only mode when you hold down the shutter key when in stand-by mode. This is pretty handy coming from a phone that didn't have a dedicated shutter key. The whole screen-on-swipe-to-enable-camera was just too slow. There are 2 modes it can function in, one opens the camera app, while the other opens the camera, focuses, then takes a shot as quickly as possible. The latter mode isn't very good and more often takes blurry shots... use the first one to launch the app, then take the picture after.

The Audio: First the good news. The Xperia P comes with Sony's Official Walkman app. This has much better controls than previous Xperia models. Clear Bass, 5 band EQ, and Surround modes are all present and are quite decent in their features. The interface is clean and intuitive, and overall user experience is very pleasant. Now the bad news, internal speaker is quite weak. Weaker than the ray, which was in turn, weaker than the X10 Mini Pro. XLoud, a feature that enhances the external speaker's loudness works, but it makes the speaker louder but a metallic. Unlike the Xperia ray, I recommend leaving XLoud off for the Xperia P. The only good thing about the design of the external speaker is that it's on the side of the phone (instead of at the back like most Sony models). Some people find this weird, but it makes more sense since placing the phone face up usually blocks the external speaker. Having it on the side minimizes chances of it being blocked by a desk, or seat cushion. In real-World use, I have an easier time hearing the P over the ray due to this design call. 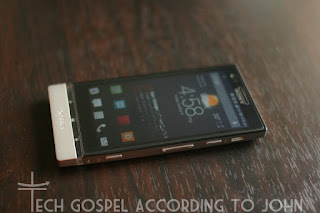 The Interface: Sony's UX Homescreen has matured over the years. It's a lot smoother and has better integration with Android 4.0. Timescape however, no longer has SMS and Calls as options. Perhaps users only used Timescape for social networks. Not a deal-breaker. The weather app is quite strange, there are several major cities and capitals missing. Although the timezones are complete, people unfamiliar with one city, aren't presented with alternates within the same time zone. My personal picks for a homescreen is Apex. Others use Nova, or Launcher Pro. But certain Sony widgets only work with Sony's UX. The Timescape, Walkman, Calendar and weather widgets are only available in the default homescreen. Top Contacts is usable with other launchers. Out of the box, Sony's launcher is very nice. For those looking for more control and customization options, there are tons of other options available in Google Play.

The Initial Verdict: A big step forward from the Xperia ray. The dual core CPU and 1GB RAM make a huge performance difference. For those that may complain about the lack of an SD card slot, take note, SD cards are a lot slower than the built in memory. App performance is very good as is HD video recording, multi-tasking, and video playback. The White Magic screen performs as advertised (there is a slight yellow tinge but this is only apparent in an A-B comparison and is negligible). Battery life is almost 2x that of my Xperia ray despite the smaller battery capacity which makes me believe that the screen is delivering the power savings it has promised as well. A competent mid-level phone with an excellent screen and beautiful aluminum unibody design. A phone that gives you tech that you can actually use on a daily basis, nothing more.

App Of The Day - Glympse

"Am I going the right way?"

"Where are we all meeting?"

Sound familiar? Usual messages we send or receive when meeting up with colleagues, friends, or family (or clingy girlfriends/spouses? hahahaha). But sometimes, it's not very safe or convenient to text or message a location. And some tracking services aren't very good, don't offer a lot of privacy, and worst of all require the creation of an account and everyone you want to give your location to, to sign up as well. So why bother with GPS tracking apps?

This is an app designed to give your GPS location and movement to a specific person (or persons) for a specific amount of time.

In use, it's quite practical for out of town trips, and safety. 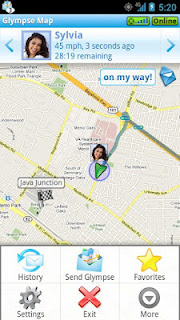 I'm part of a car club, and we frequently go on out of town trips. Meet up points are useful but sometimes, others may be late or just choose to follow. What happens if someone doesn't know the way? Sending a Glympse to that person allows the app to create a route to your location. No need to input a destination, just click on the link and a route to that person is calculated automatically.

Alternately, it will allow that person to send you their location, so you can track their movements and verify that they are going in the right direction or are on the right track. "Am I going the right way? Or did I already pass it?"

It's also quite useful for travel safety. Specially in unfamiliar areas, you may want to send a Glympse to a friend or relative so they will know exactly where you are should you need help or if it's critical for people to find you. Like if you're on a long road trip, and your car breaks down or need to be fetched, having sent a link to someone before you head out will make it easier for help to find you.

It's quite an efficient app as well, people you send your location to do not need to have the app, just an email address and web browser. If they have the app, it just allows more options, but isn't critical to receive your location. It doesn't drain your battery much, nor does it chew up that much data so don't worry so much about long trips.

Give it a try! Available for Android, iOS, WP7 or BB!

**Disclaimer, this blog does not take ANY responsibility for the impact this app will have on your relationships! Hahahaha! Use at your own risk!**