Keep the Gloves On!

Sony Xperia Sola users will get a cool new "Glove Mode" with their upcoming ICS update! Considering I tested out the REALLY EXPENSIVE Ralph Lauren Touch gloves which sucked... this is gonna be a welcome feature this coming winter!

at 4:01 AM No comments:
Email ThisBlogThis!Share to TwitterShare to FacebookShare to Pinterest

Now that Apple has announced the iPhone 5, I think the official keynote & presentation was kinda blah. I think this is how Apple should've launched the iPhone 5. Hehehehehe! ENJOY! 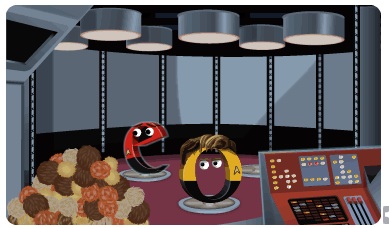 Why Pay For Apps?

There are a ton of free ad-supported apps out there. A lot are quite good and more than adequate for most people's needs. So why bother buying an app? To get rid of those tacky ads? Because it's only $1? To support the development for a good app that you like? Perhaps. But the biggest (and best IMO) reason to buy the ad-free version from a good developer is system performance.

Ad-supported apps need (surprise, surprise) ads to pay their salaries. Those ads need an active internet connection in order to pull in the next ad to display. That takes up internet bandwidth, CPU cycles, and battery life. An article on BBC stated that up to 80% of battery consumed by any particular app is dedicated to the ad-supported functions (receiving the ad, sending anonymous user info back to the system) 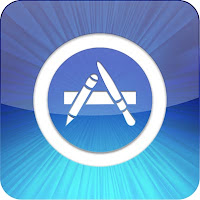 Every line of computer code that is run, no matter how small, can use up system speed. Even if a free app uses only 0.5% of your CPU to pull an ad, few people only have ONE app installed. Now, there are those that don't use mobile data and think "Well, that's no biggie to me. I don't use mobile data so I don't see those ads". Why not just shut off your internet connection then? Well, you may not see the ad, but now, the app will continue to poll for new ad content continuously eating up CPU cycles and battery life. The app won't stop requesting for a new ad (or stop trying to send user info) just because you shut off your internet. Even more so, it will try more often until it gets to connect to the system.

Now, are free ad-based apps all bad? Of course not. But when you use an app quite often, it may be worth the $1 (Gasp, you may have to delay buying that latte) to purchase it. It will de-clutter your screen, improve system speed, and help support the developers that actually make good apps!
at 3:59 AM No comments:
Email ThisBlogThis!Share to TwitterShare to FacebookShare to Pinterest
Verses: android, Apple, apps, google, ios, tips
Newer Posts Older Posts Home
Subscribe to: Posts (Atom)