No Such Thing As Too Much Speed (Globe vs Smart LTE)

When I got my Xperia Tablet Z, it was specifically to load it up with an LTE SIM so I wouldn't have to tether it off my phone anymore. As useful as it was, tethering is just a waste of battery life.

There are 2 major telcos in the Philippines, Smart and Globe. I've been a Globe subscriber ever since and can't switch because of archaic Philippine policies on number portability (namely there is none). But since this is a data-only need, I could easily get a second SIM for my data needs on the device I use more often. 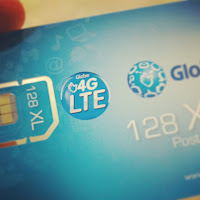 Upgrading my Globe line for LTE was quite easy, a quick visit to a Globe center and Php20 to upgrade the physical SIM to their LTE SIM and an hour later, I was online again. 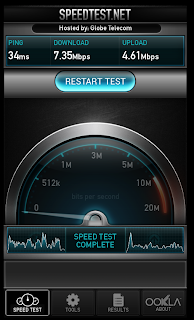 I did an initial Speedtest in Fort Bonifacio Global City just to check things out.

Not too bad. Nothing great for LTE. At 7.35Mbps DL that's about the same as 3G speeds in Singapore. I'm still satisfied. And it didn't cost me anything extra over the Php20 SIM anyway, so it is worth the upgrade.


This was just a preliminary Speedtest. And since this is cellular tech, signal quality and speed will change DRASTICALLY with position and location.

Simply moving my tablet closer to one side of the window increases speed. So YMMV. 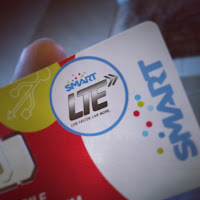 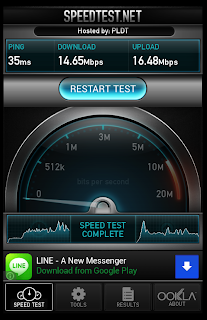 Now, my Smart SIM took longer. They were out of stock in 3 Smart Centers that I went to. But thanks to a friend in the company, I got one a few days later. And now the test. Test was done from the same area, looking for the best LTE signal strength.

Both tests were done while connected to each provider's respective servers so they do not reflect actual usage, but rather local loop speeds only. I used my tablet for both tests.

But so far, at 2x the download speed and nearly 4x the upload speed, Smart is the clear winner hands down. 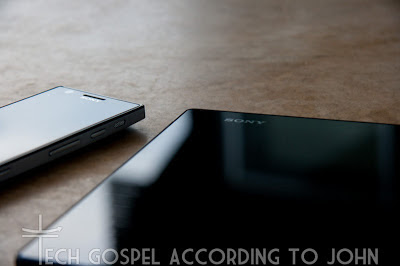 Sony seems to be on a roll the past year. With the release of their "Z" line it includes the following smartphones:
Z
ZL
ZR
ZU (Z Ultra - recently announced) 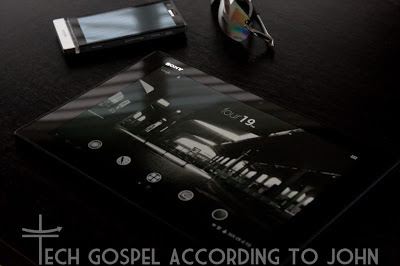 Their current flagship in their tablet line, the Xperia Tablet Z. An impressive piece of design. Now the specs are equally impressive, but the first thing that grabs you is the jet-black glossy screen. Something about it just draws you in. Reminiscent of Sony's Bravia TV line, it commands attention.

The next thing you notice is how thin the thing is. Now most of you, have read the past reviews as this tablet has been out in other countries for several weeks now. But it's something else when you actually hold it. It's THIN. Just as a point of reference, the current iPad is 9.4mm thick. The Xperia Tablet Z is 6.9mm thin. "It's about 27% thinner!" To paraphrase a certain Apple Design Chief w/ a British accent. 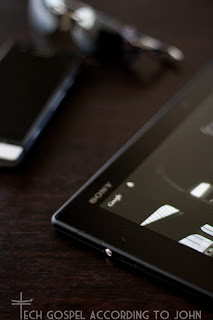 Not only has Sony managed to slice this tablet thinner than the rest, it gave it a very under appreciated feature. An IP water/dustproof rating! Which basically means you can get this thing wet and it won't complain. Up to 1m under fresh water for 30 min. Take note, that's FRESH water. Beach goers, the salt water won't damage the internal circuitry, but it will corrode the external contacts and may scratch the screen. If you happen to accidentally get your tablet wet with sea water, wash it down with fresh water ASAP.

***MAKE SURE ALL EXTERNAL COVERS ARE CLOSED PROPERLY***

I think the cover flaps are the most annoying part, but necessary to maintain the waterproof nature and have expansion slots (SIM, micro SD). But was a SIM tray really unnecessary?!?! WTF?!?!

This is one beautifully designed machine. What I like about both Apple and Sony is that they both pay attention to the overall design of their devices. Without looking like each other! Both the iPad and Tablet Z have a very Zen look, but are quite distinct from each other. I'd never mistake a Tablet Z for an iPad. (And vice versa) 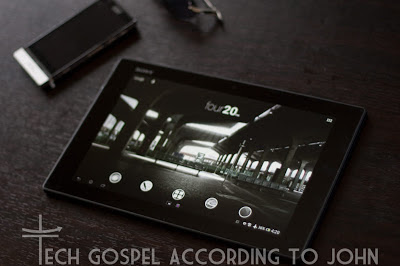 In case you didn't notice from the photos, my UI doesn't look like Sony's UI. It's not. Although Sony does the least objectionable modifications to Android (Other manufacturers are just ruining Android with their horribly coded skins) it still causes slight lagging. I've been on Apex since my X10 Mini Pro days and have found it to be a very good launcher. Now, don't get me wrong, Sony's Home Launcher isn't bad. And it actually has a few advantages. The Walkman and Weather widgets of Sony don't work on anything else. So if you like those widgets, you may want to stick with Sony's UI instead. But I prefer designing my own UI layout, so I opt to use a 3rd party Home screen. 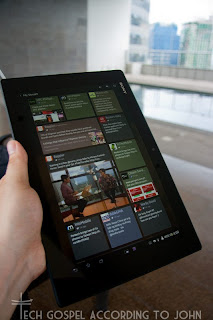 LTE will be dependent on your provider, but so far, it's pretty good. That will be for another review when I compare the local providers.

The screen is very nice. Viewing photos and videos is very pleasant. Contrast is very good and viewing angles are decent. Sound is moderately loud, has a gimmicky "Surround" mode which makes music and movie effects sound like their coming from outside the tablet (neat but weakens the audio, nice in a quiet room). Camera is quite good. Nothing extraordinary about it over other Sony Xperia Exmor cameras though. Video playback is nice and clear. The Full HD screen does make 1080p videos look amazing. The Mobile Bravia Engine 2 gives it a slight edge. (Nothing drastic, but enough to make videos look just a little bit better)

So, what are my initial impressions? This is one excellent tablet. It has the right balance of power and design. Quite in line with Sony's "OmniBalance" design ethos. This is a very good come back product for Sony. And worthy of the "Z" flagship designation. That's it for my initial review. I'll be going in depth with this tablet in the days to come. Follow me on Twitter or Facebook for more technology tips and news!
at 6:41 AM 1 comment:
Email ThisBlogThis!Share to TwitterShare to FacebookShare to Pinterest
Verses: android, google, jellybean, mobile, sony, sony mobile, tablet, tablet z, tech, tech gospel, techgospel, technology, xperia, z
Newer Posts Older Posts Home
Subscribe to: Posts (Atom)