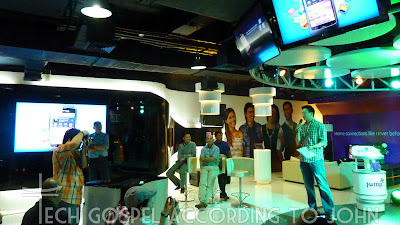 I was invited to the launch of the Smart Netphone.

On a branding note, I would've simply gone with SmartPhone, but then that's me. 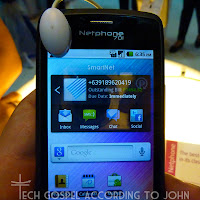 Smart Communications has just recently launched it's own Android-powered smartphone (See? How cool would that have been?) 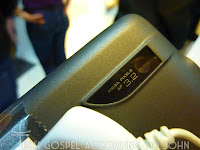 Decent specs for an entry-level model.  What I do find interesting is the unique app exclusive to the Smart Netphone.   The app is a combination of services custom built by Smart for people that are just starting mobile computing.

One of the major hindrances of 3G/4G data services in the Philippines is cost.  Without a data plan, a subscriber could easily be slapped with a Php40,000 or higher bill due to the fact that current smartphones connect to the internet for almost all their functions.  Smart solves this by having a widget data manager to control data costs.  Unlike generic data apps, this one is specific for Smart's services and prices so you only spend as much as you want to. 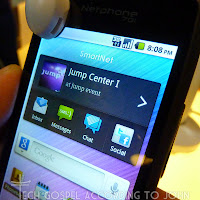 Over-all I think it's a decent entry-level Android.  Thumbs up to Smart for the cost-management app and custom social stream ticker.  Although a bit on the pricey side, Smart says they have intentions of introducing lower cost NetPhones in the future.  I think this is a great campaign because they're helping consumers try out the benefits of mobile internet without hiding costs or secretly charging customers without knowing how much they're actually spending!
at 9:35 AM
Email ThisBlogThis!Share to TwitterShare to FacebookShare to Pinterest
Verses: android, mobile, news, philippines, phone, smart