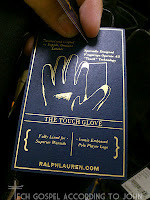 Touchscreens are the standard for smartphones now. They're fun and easy to use... except during cold weather.

I recently came from Chicago where the temp hit -1ºC. Nothing extreme but enough to warrant the use of gloves. My Xperia ray was suddenly such a burden to use... so I began to search for decent looking touch gloves. 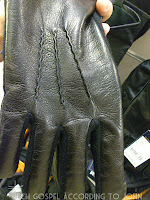 Unlike the older resistive screens, which work on pressure, the new crop of capacitive touchscreen need to sense your body electricity to function. Wearing gloves inhibits this conductivity thus eliminates your phone's responsiveness to your touch. A new market for capacitive touch gloves emerged much like the capacitive stylus.

So I stumbled upon Ralph Lauren's Touch Gloves at a mall and tried them on. And sadly, they don't work well at all. The screen responds to a tap, but can't seem to recognize a full swipe all the time. It will work sometimes, but the frustration just makes you want to take off your gloves all together... or just cut the tips off. Final verdict... forget these gloves all together. Absolutely useless. 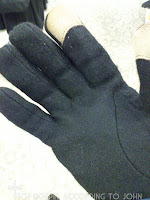 There are other gloves that work much better at 1/5 the cost (The Ralph's run for US$60-70 pair) but don't look at nice. So for now, I'm still looking...
at 4:45 AM
Email ThisBlogThis!Share to TwitterShare to FacebookShare to Pinterest
Verses: android, fashion, ios, ipad, iphone, ray, reviews, touch gloves, xperia