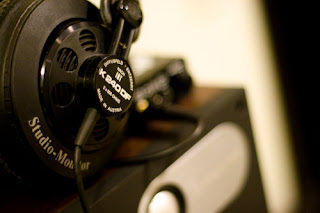 For those that are starting a home studio... these are the best substitute for near-field monitors.... specially for portable studios.
at 8:43 AM
Email ThisBlogThis!Share to TwitterShare to FacebookShare to Pinterest
Verses: akg, audio, headphones, reviews